We are very happy to announce that we arrived in Sydney in one piece, and with all our luggage!!

Our journey started very early Monday morning when we departed New Haven around 5:30am for JFK. We arrived to JFK in a timely manor (it seemed like everything was going smooth…almost too smooth). As we began to check in, we came across some visa scares but fortunately they were quite minor. We were able to get everyone on the flight despite these hiccups and were ready to embark on our first leg of the trip to Gaungzhou, China. (I will mention that this is a 15 hour flight, and most of the team had never flown anything over 6 hours. Boy, were they in for a treat.) It was on this flight where some of the highlights began. 1. Our individual TV’s had all of the Harry Potter movies on them…which lead to hours of entertainment. 2. when we were finally able to get off the plane.

While exploring the airport in China (now Tuesday), we encountered three more highlights. 1. when the team realized that there was a Starbucks in the airport, 2. when it finally sunk in that we were really off the 15 hour flight, and 3. a little hole in the wall fried rice restaurant. That being said, things got a little sour when the team realized that we had to get on another flight, and that this one was going to be 9 hours.

After 34+ hours of travel (from the time we left our locker room to meeting up with our tour guide Conor) its safe to say we’re very excited to be here. Stay tuned to hear about all our adventures from day 1!!! 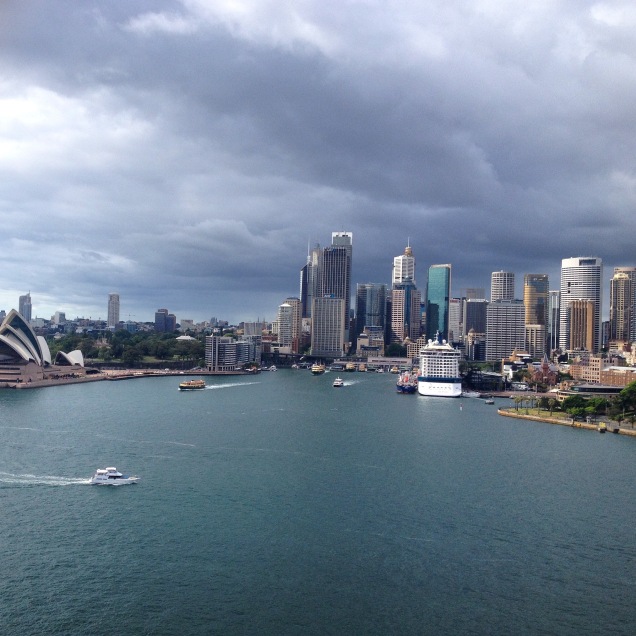 The team getting ready for their coastal walk

A coastal beach walk with some of the best views

Players smile for a photo before team lunch 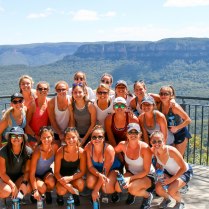 The team standing in front of the Blue Mountains

Brooke Reese gets up close and personal with a Koala